I'm keeping this page up for now for archival purposes, but all the new stuff is over here: 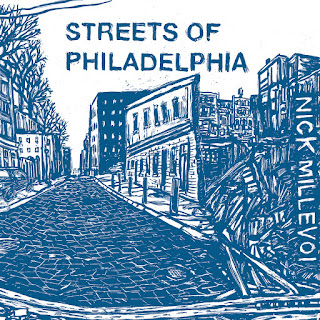 “If you were writing a Philadelphia-themed album and decided to poll a hundred random residents of the city to find out what they think is an appropriate topic for a song, you’d certainly get a lot of cheese steaks, Grittys, Eagles, Ben Franklins, and snide comments about local politics. While these are all very valid Philly subjects, guitarist Nick Millevoi, a lifelong resident of the city, had a different idea: what if he wrote a hundred tunes and named them all after individual streets. And what if, instead of recording them as an album, he instead printed the notation as a songbook for other people to play. Thus was born the Streets of Philadelphia project.” -WXPN’s The Key

Following the 2019 release of the first volume of his Streets of Philadelphia songbook — which includes 25 compositions named after streets in the composer’s hometown — Nick Millevoi began documenting these compositions as performed by various ensembles. The first of these recordings, also entitled Streets of Philadelphia, serves as a digital companion release to the physical songbook and will be released on December 4, 2020.

The sounds of Streets of Philadelphia reach far and wide on this debut recording. Conceptually inspired by the City of Brotherly Love and sonically inspired by the AACM, Louis Andriessen, Captain Beefheart, and John Zorn, this recording features a unique instrumentation of Veronica MJ on viola, Tom Kraines on cello, Dan Blacksberg on trombone, Anthony DiBartolo on marimba and persussion, and Millevoi on guitar. Documenting ten of the songbook’s compositions, the ensemble performs in various iterations from cello and marimba solos, to viola/trombone and trombone/guitar duets, to a string trio, and three full ensemble recordings.


I got to present lots of new music in 2019, including collaborations both new and old. I released Desertion Trio's Twilight Time LP and my Streets of Philadelphia songbook, both of which are available on my Bandcamp page, including a super-deal *nice price* if you buy them together.

Here's a look back at some of my favorite shows I performed this year:

Very honored to be on this great list with Desertion Trio's Twilight Time, especially in a paragraph among friends: 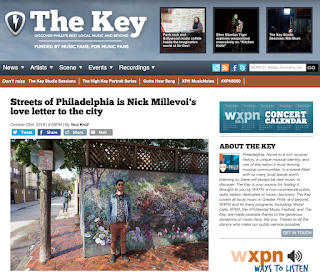 Two weeks ago I spent the afternoon traveling around Philadelphia with Yoni Kroll, going to streets where I found  inspiration from for my Streets of Philadelphia project. This extensive piece - complete with photos! - has all the info you could hope for.It's an honor to have such a comprehensive piece written about this project. Follow along as I quickly go between telling stories about my grandfather and dropping references to esoteric 70s Japanese free jazz records right here: https://thekey.xpn.org/2019/10/25/streets-of-philadelphia-nick-millevoi-interview/

I spoke about my Streets of Philadelphia project with David Menestres for the Free Jazz Blog. Check it:

The Free Jazz Collective: Nick Millevoi - Streets of Philadelphia Limited Ed...: By David Menestres I first met Nick Millevoi a couple of years ago when we played on the same night at Neptune’s Parlour in Raleigh... 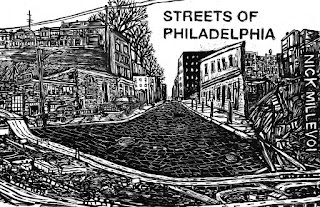 This fall, I’m publishing a book of 25 compositions called Streets of Philadelphia. These pieces, all inspired by and named after streets in Philadelphia, were written to be played by any instrumentation. They're all new compositions and none of them have been recorded, so think of this as my new album, it's just on paper. The book was designed and printed on Risograph by Erik Ruin, a Philadelphia-based visual artist and leader of the audiovisual band, Ominous Cloud. The Streets of Philadelphia book is limited to 100 copies.Pre-order here: https://nickmillevoi.bandcamp.com/merch/streets-of-philadelphia-limited-edition-music-bookTo celebrate this release, I will be presenting three concerts at Pageant: Soloveev in Philadelphia (with more to come elsewhere), featuring six unique groups playing music from this book including a high-energy electric set from Desertion Trio (featuring Johnny DeBlase, Kevin Shea, and Ron Stabinsky on organ), a set of minimalist inspired quintet pieces and solo/duo music from the Streets of Philadelphia Chamber Ensemble (featuring Veronica MJ, Dan Blacksberg, Tom Kraines, and Anthony DiBartolo), ambient electric guitar duo music from myself and Mike Baggetta (who released an amazing record with Mike Watt and Jim Keltner this year), solo piano music from Brian Marsella(John Zorn's go to pianist), the book’s namesake jazz trio Streets of Philadelphia Trio (featuring Matt Engle and Dan Monaghan), and a percussion/viola duet from Ashley Tini and Jessica Pavone (who is about to release a new record with Jessica Pavone String Ensemble). In New York and elsewhere, Streets of Philadelphia Trio will be performing on October 16 at Branded Saloon as part of the Off Brand Series and these compositions will be played at a number of the shows throughout the fall by Desertion Trio and in duo with Mike Baggetta. 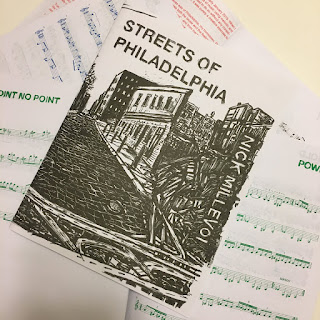